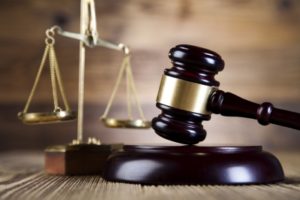 Head downtown to Matheson Court House in Salt Lake City and, once you participate in the shakedown at security, you will have access to two types of Judicial Officers:  Judges and Commissioners.  Many are familiar with the role of Judges, some of whom only hear Juvenile cases.  However, a common question we are asked by clients is the difference between a Judge and Commissioner.  The title Commissioner is perhaps less familiar because not every court has one or more.  In Utah, there are a few district courts that handle such a large caseload that the Judicial Council has the authority to appoint Commissioners to assist a Judge in handling the cases.  If you have had any experience with family law or domestic protective orders in Matheson Court house or a few others, you have most likely appeared in front of a Commissioner more often than a Judge.
When a divorce, child custody, paternity action or a request for a protective order are filed in some of the Second, Third or Fourth District Courts, the case will be assigned to a specific Judge and specific Commissioner.  In almost any action being taken in these types of family and protective order cases, you will see the Commissioner first, many times more than once.  Commissioners are considered to be a “quasi-judicial” officer of the court.  They must be a lawyer, a resident of the State of Utah and take an oath of office.  They are appointed by the Judicial Council and must receive a majority concurrence of Judges in the same district.
Hearings in front of a commissioner, such as temporary orders, pre-trials, petitions to modify, restraining orders, orders to show cause and protective orders, have different procedures for presenting evidence.  Rather than calling witnesses to the stand to testify and complying with the Utah Rules of Evidence, attorneys and parties can proffer the evidence.  This means that the Commissioner makes a decision by hearing someone represent to the Court what the witnesses and exhibits would show in a formal evidentiary hearing.  The Commissioner then makes a recommendation that will be presented to the assigned Judge.  Final orders must be signed by both the Commissioner and the Judge.  Almost always, the Judge will sign the order that the Commissioner has recommended.  In this aspect, there is very little difference between them.  Commissioner hears the proffered evidence and is the one to make the decision.  The Judge signs off on the Commissioner’s decision making it an actual and enforceable Order of the Court.
Utah Code allows a short amount of time wherein parties can appeal the Commissioners recommendation to be heard in front of the Judge and any evidence admitted will have to comply with the Utah Rules of Evidence.
Some cases will end in the Commissioner’s court, others will move on to the Judge.  Either way, understanding the difference between the two Judicial Officers, the types of hearings both handle and the rules for those hearings is important.