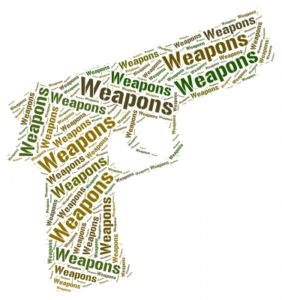 The Second Amendment to the Constitution of the United States Provides “A well regulated Militia, being necessary to the security of a free State, the right of the people to keep and bear Arms, shall not be infringed.”

The phrase “shall not be infringed” seems clear; however, it should come as no surprise that this right has in fact been infringed in many ways.

The 9th Circuit Court of Appeals, for example, gave the right to a state to legislate the keeping of arms.  That is to say that what appeared to be an absolute right is now subject to state laws.  Section 76-10-503 of the Utah Code delineates the reasons someone cannot carry or possess a firearm in Utah.  These reasons include a conviction of most felonies, conviction of a domestic violence crime, being listed as the respondent of a protective order, possession of drugs, dishonorable discharge from the military and subjection to probation through a court just to name a few.
The place and manner to which you may “keep and bear arms” is restricted in Utah Code Section 76-10-504 and Codes that follow.  Your vehicle, some public places and whether the firearm is loaded are restrictions placed on your right.
Alcohol is a separate issue.  Utah Code Section 76-10-528 restricts a person from possessing a firearm if their blood alcohol exceeds a .08 as defined in the Utah DUI Code section 41-6a-502.  The problem here is that Utah has recently legislated a change in the law to make the blood alcohol content .05.  Rest easy, representative Norm Thurston, the same person who sponsored the change in the DUI law for the express purpose of keeping us safe has stated that he will change the law regarding firearms so that you can “possess a gun even if you are above the legal driving limit of .05.”
Whether you currently possess firearms or plan to do so talk to an attorney.  If you have a criminal record it can be expunged or reduced to allow for possession.  If you are being charged ensure that you are defended so as to maintain your right.  Finally, get advice regarding what current gun restrictions are so that you don’t end up on the wrong side of the law.