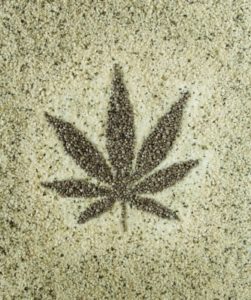 It’s true!  By 53% to 46%, voters during yesterday’s elections approved Proposition 2, a significant moment for individuals who favor relaxing Utah’s marijuana laws.  As one of the conservative capitals of the U.S., this move has caught the attention of the entire nation, and might well mark a turning point for anyone who favors the legalization of cannabis use, medicinally or otherwise.  Whether or not this development is a cause for celebration or concern remains to be seen, but regardless, it is important to understand exactly what Proposition 2 is.

As the situation stands now (that is, beginning January 1st, 2019), marijuana will be strictly regulated by the state; that is, it will only be grown inside Utah, will only be processed at a state facility and will only be sold by the state.  This isn’t all that surprising – most Utahn’s are familiar with Utah’s liquor laws – but what is a bit more disturbing is that, by law, the state will only sell to research institutions and people who suffer from a terminal illness and a life expectancy of less than six months.

It seems reasonable to conclude that these restrictions would be expected in any state-owned operation, leaving little doubt that privatization is likely the prickliest issue when it comes to Proposition 2.

For those individuals who do not qualify (i.e., do not suffer from one of the listed diseases), Proposition 2 allows the individual to appeal to a board of five physicians for special permission.  That being said, there are restrictions to how and when marijuana can be used by those with medical prescriptions.  These include:

Not exactly recreational, but certainly more reasonable than reserving the pain alleviating qualities of marijuana for only those who are terminally ill.

Marijuana has long been a tricky issue in the law: the last thirty years have seen it go from outright illegal and severely punished, to use in medical treatment and even released as a recreational drug.  Today, some 33 states have laws that allow the use of marijuana to one extent or another, and with Utah joining that number, it seems clear that the responsible use of marijuana is here to stay, in one form or another.  And although the federal government has yet to relax their no-tolerance policy of marijuana possession or use, it would not be surprising to see marijuana become a deciding factor in some future presidential campaign.